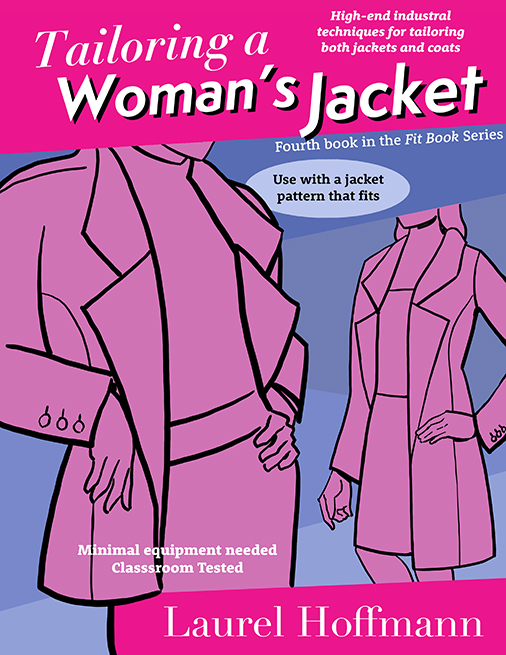 I've completed the cover designs for Laurel's two new books, soon to be available on her website. These are the covers for the first one, Tailoring a Jacket. The back cover is below. 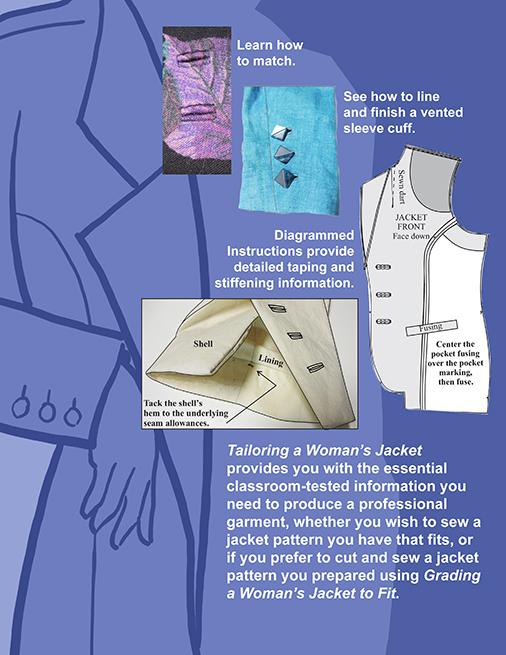 Laurel provided the initial images and text. I then arranged the layout, tracing her diagrams using my Wacom monitor. We worked together to ensure the jacket illustrations and text accurately convey what's in the book.
New nonsense posted by Andrew Hoffmann


Thanks to everyone who stopped by the PhillyCAM Anniversary Block Party a couple of weeks ago.

PhillyCAM provided fabric, shoelaces, and safety pins, so Laurel could show attendees how to make their own fabric masks without sewing. Here she is cutting the fabric in the PhillyCAM studio just before the event.

This will be in our tenth episode, which I'm editing now. PhillyCAM is currently airing the ninth episode every Wednesday morning through the rest of the year.
New nonsense posted by Andrew Hoffmann 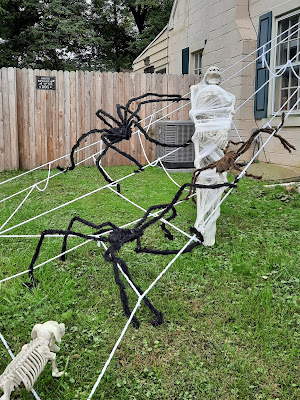 It's been a while since the yard skeleton made an appearance here, but it's still on my neighbors' lawn, changing garb month after month.

Oddly, the house changed hands last year and the new owners are continuing the spooky tradition. Maybe they're related to the previous owners? A few months ago the skeleton was Elvis. Really old Elvis. 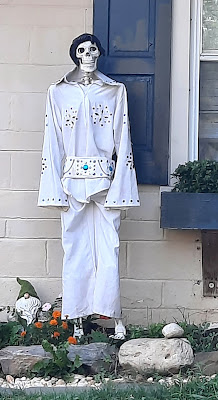 Happy Halloween!
To see all the posts with this skeleton click here and scroll down.
New nonsense posted by Andrew Hoffmann 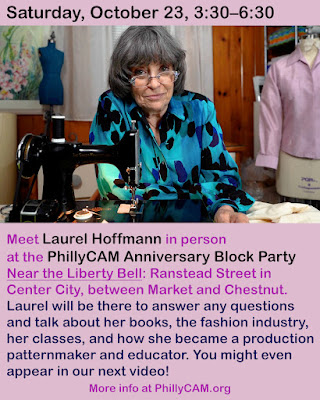 We're all set for our appearance at the PhillyCAM Anniversary Block Party tomorrow. Above is the advert that I posted on Instagram earlier this week. Below is the design for the promotional cards we'll have at the table.

Laurel's latest Instagram post shows the blouse she made to wear to the event using techniques from our most recent episode. 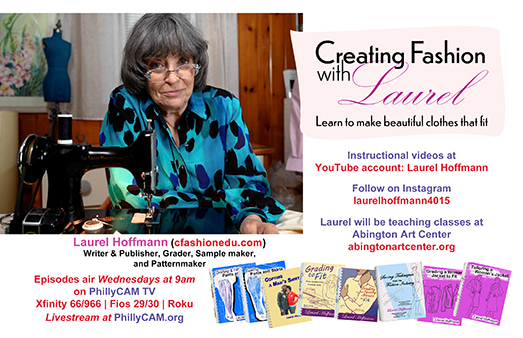 Laurel Hoffmann, star of Creating Fashion with Laurel (I know her as Mom) and I have been invited to participate in the PhillyCAM Anniversary Block Party on Saturday.

The event will take place on the street outside the PhillyCAM building on Ranstead Street in Center City from 6th Street to 7th Street, between Market and Chestnut. The block will be closed to traffic. The party may even extend into the park, near the Liberty Bell.

PhillyCAM show creators will be there sharing their work. There will also be food trucks and video art projected on the outside wall of the PhillyCAM building. 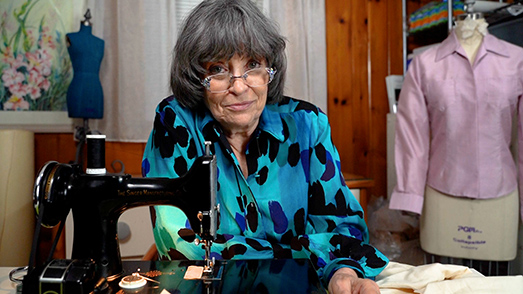 Laurel will be there to answer any questions and talk about her books, the fashion industry, her classes, and how she became a production patternmaker and educator.

I'll be there shooting video for our tenth episode, so this is also an opportunity to appear in the show. Episode 10 will air on the PhillyCAM channel Wednesday mornings in January and February.

Hope to see you there!
New nonsense posted by Andrew Hoffmann


Grading to Fit is one in a series of eight books my mother started writing when I was a teenager. Now thirty years later, she's finishing up the final two books.

I'm working on the cover designs for those two now. I've designed most if not all of her book covers (some, years ago) including the one in this video advert.

To see the list of books she's completed so far, check out the store page of her website.
New nonsense posted by Andrew Hoffmann

On September 26 the third Animation Nation festival took place in Philadelphia as part of both The Women's Film Festival and the Fringe Festival. I was there for this festival of animated shorts mostly by women animators.

Among the highlights were Synchronicity by Michelle Brand, stop motion animation Raymonde or the Vertical Escape by Sarah Van Den Boom, and from Canada, Threads by Torril Kove. Kove made one of my favorites, My Grandmother Ironed the King's Shirts.

Several of the shorts had serious political and social messages such as THEM by Robin Lochman, Sheri by Rebecca Stern, Turning by Random Acts, and Incidents by Swedish director Jessica Laurén, which chronicles her experiences evading sexual predators.

Two of the shorts were reminicent of works by PIXAR; the silly yet gruesome Wild Love by Paul Autric, Quentin Camus, Léa Georges, Maryka Laudet, Zoé Sottiaux, and Corentin Yvergniaux, students of animation school Ecole des Nouvelles Images; and Luz (this is the trailer) by John Banana of Digital Banana Studio.

It's a dynamic and powerful collection of animated shorts, assembled by Programming Director Suzi Nash. I'd previously attended Animation Nation I in 2018, which I wrote about in this old post. Somehow Animation Nation II slipped past me. I'll be keeping an eye out for IV.
New nonsense posted by Andrew Hoffmann

Videos are posted on Vimeo and on the Movies page.

He has been a member of the Philadelphia Cartoonist Society since 2001, The Plastic Club since 2006, and PhillyCAM since 2017.

Comments and questions are welcomed by e-mail at: and3hoff@gmail.com